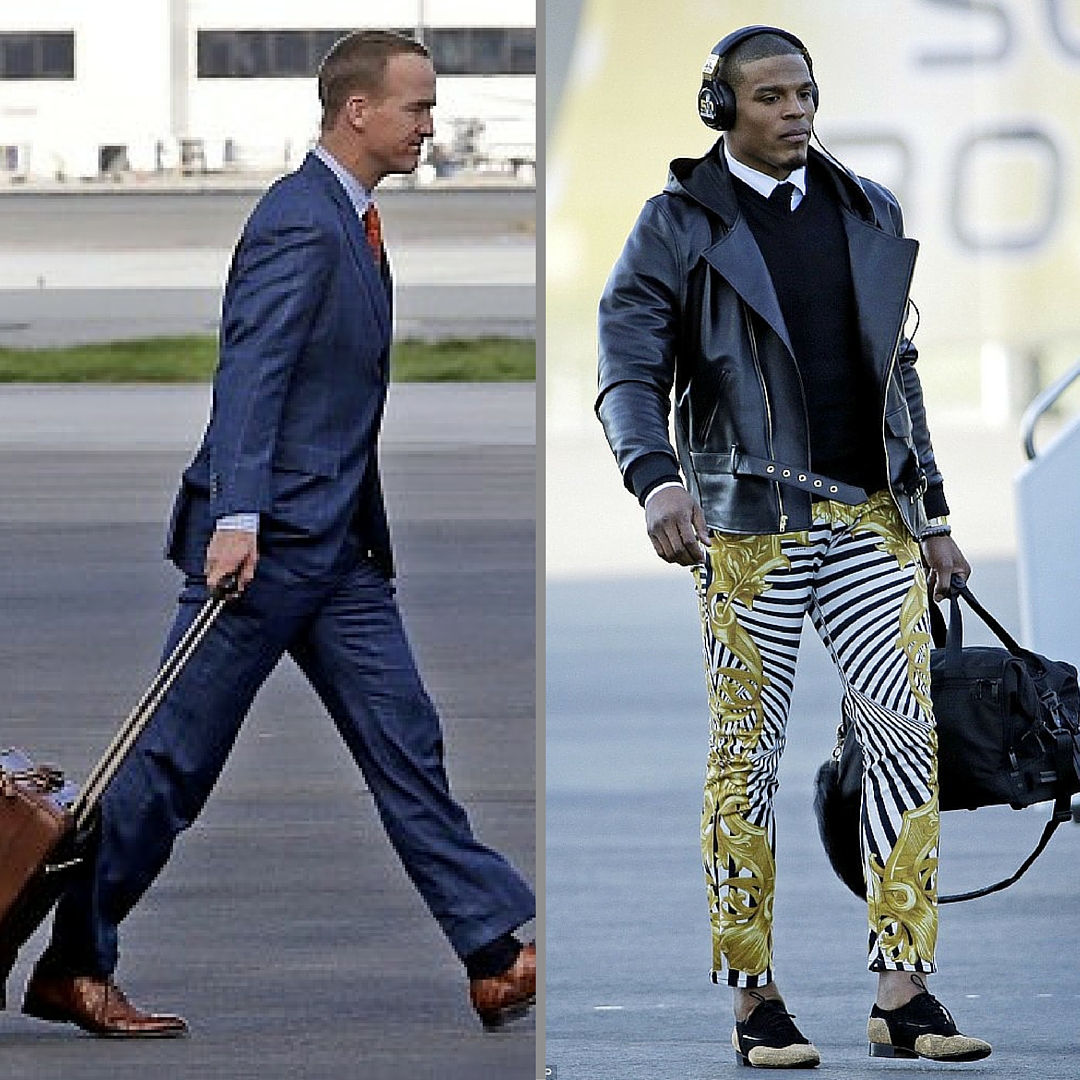 We’re sticking with the sports theme as last week’s Aussie Open Final was a nice precursor to the main event that is Super Bowl Sunday.  The quarterback position is always the most talked about aspect of the big game and this year is no different.  Denver’s Peyton Manning (left) and Carolina’s Cam Newton (right) are as contrasting as they come; from their respective playing styles to the fact that this is the biggest age difference between quarterbacks in Super Bowl history.

The other major contrast – style.  The above images were snapped from the tarmac of the San Jose Airport as each team arrived this week and that contrast was on full display.  The question is which style will win-out come Sunday; the more conservative and understated approach of Manning or the more exuberant and envelope-pushing style of Newton?