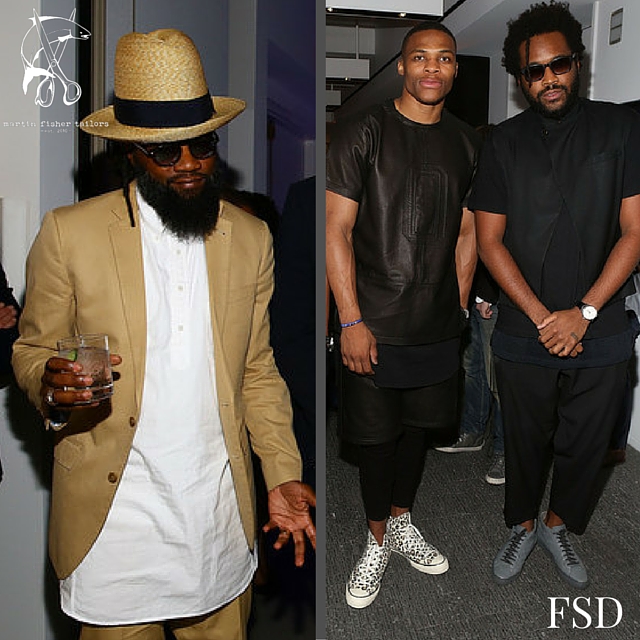 Friday Style Debate: is this the future of men’s tailoring?

Are NBA superstar Russell Westbrook (middle) and the NYC design duo of Maxwell Osborne (right) and Dao-Yi Chow changing the future of men’s tailoring right before our eyes?  Before you dismiss the notion think back a decade ago to the arrival of Thom Browne on the fashion scene with his school-boy inspired shrunken jackets and cropped trousers.  Many laughed it off at the time as “fashion” but ten years on and we’re still seeing slim silhouettes all thanks to him.

Which brings us to what we’re seeing today; an emergence of gender neutral silhouettes – both trim and flowing – that play with balance and proportion by combining oversized layers in varying lengths and widths.  It’s being described as tailored sportwear at this point and you have to wonder if it will gain enough momentum to alter the traditional tailoring game in much same way that Thom Brown did a decade ago.

So what do you think – are we seeing the future of men’s tailoring shift before our eyes?  Let the debate begin…