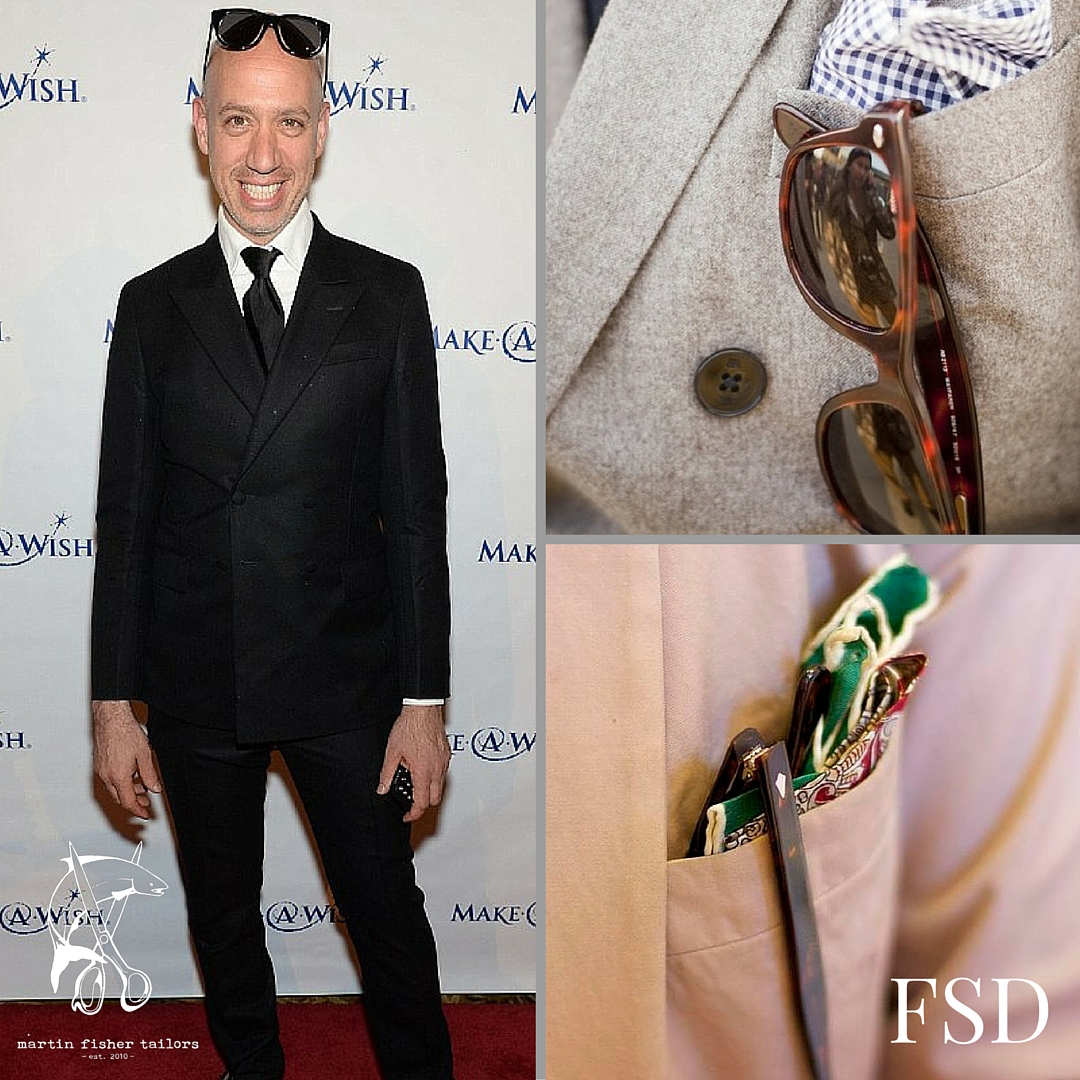 It’s been quite awhile but the Friday Style Debate returns with an important public service announcement as this is less of a debate and more of a proclamation.  I don’t think there is much wiggle room in this one but you guys might have a different opinion thus I expect to hear from you if that is the case.

Simply put – if you’re in a suit your sunglasses should never be put on the top of your head.  I think this is more than adequately shown with the image on the left.  Unfortunately though many guys in this city seem to be unaware as I have seen it three times already this week.   As for what to do when you’re not wearing them?  My choice is always to slip them in the breast pocket (low left image) with one arm dangling out so as to keep it in place.  Another option – though a bit too peacock’ish for my taste – is to have glasses on the outside of the pocket with a single arm resting on the inside.

A pretty simple debate don’t you agree?  I’d love to hear your opinions one way or the other – let the debate begin…

One thought on “Friday Style Debate – When wearing a suit where do you put your sunglasses (when you’re not wearing them)?”