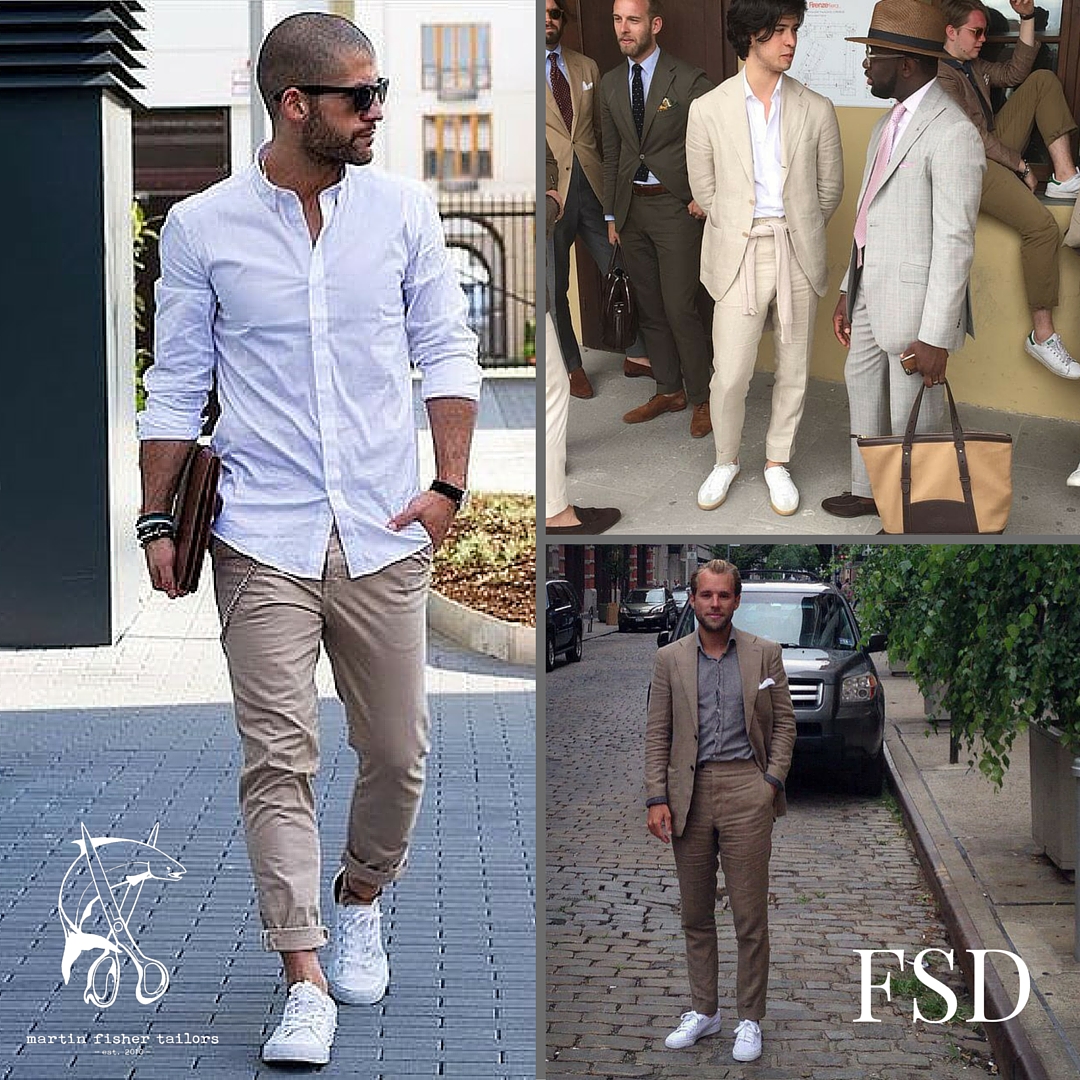 We’ve had an amazing week of weather and with sun returning so has the white sneaker.  It’s everywhere – and with good reason as it is arguably the ultimate summer shoe.  Which brings up the question though – is possible to over do it with amount of white within an outfit?

I ask because a guy walked by me yesterday wearing something very similar to the fellow on the left in the image above.  My first reaction – too much white.  It was a little too jarring for me. The image at the top right though is essentially the same look but in this case he’s added a jacket. For me this changes everything as it creates a softer and more subtle overall look.  As for the bottom right – I think the same thing can be said except that I would add that this would hold true even if he was to remove the jacket.  That’s my take – now it’s you turn.