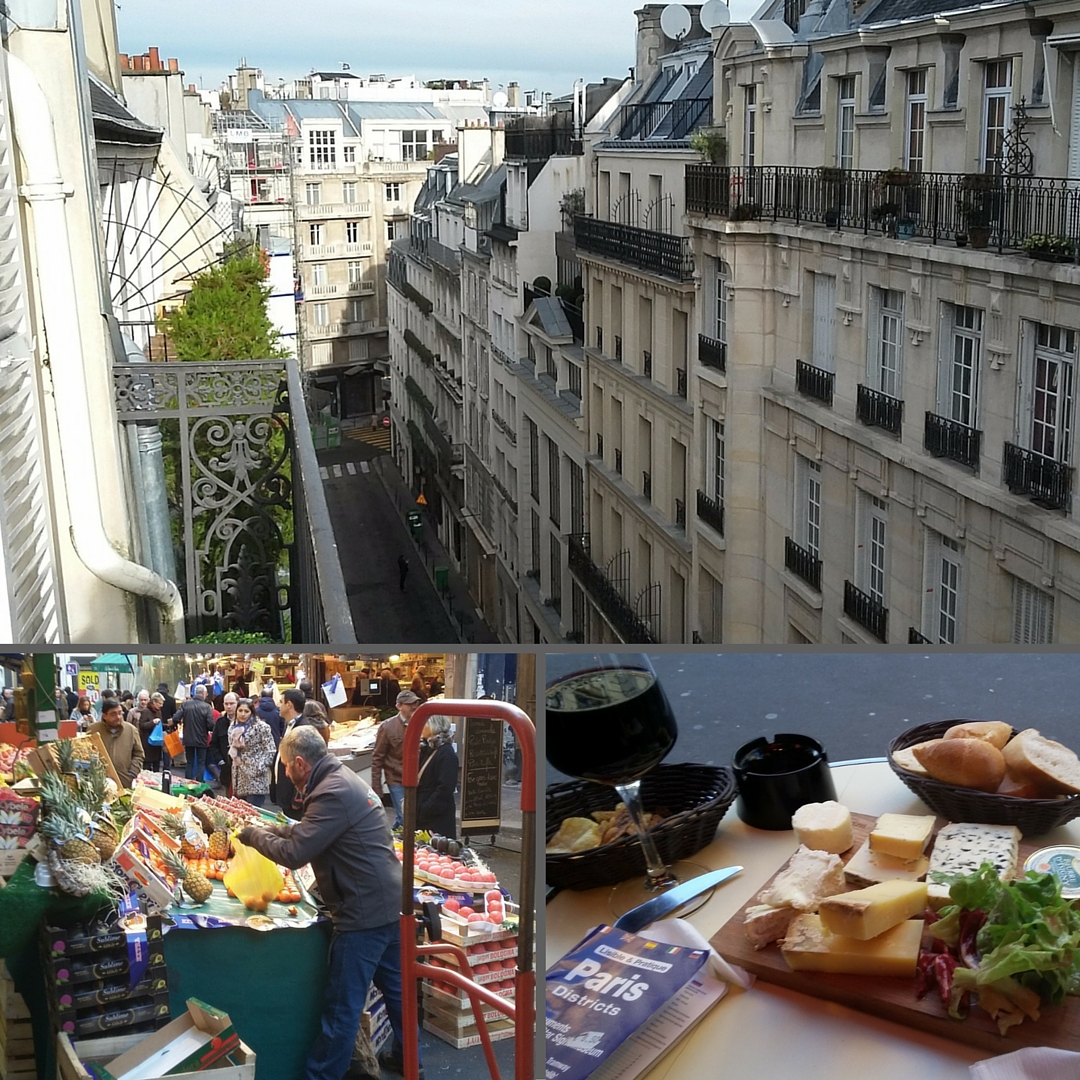 I’ve recently returned from Paris and the latest experience simply solidified my vote for the title of best dressed city in the world.  There is really nothing quite like sitting on a terrasse with a cafe au lait or a glass of wine and witnessing the near constant flow of well dressed people meander by as they conduct their daily activities.  It doesn’t matter if it’s 9 am on a Sunday as people wander to the market or it’s 9 pm on Friday night as people are relaxing with dinner – style simply plays a day-to-day role in people’s lives in a way we’re not used to.  With that in mind here are my sartorial thoughts on the Paris fashion scene.

PS – that cheese plate above only cost 15 Euro’s…it’s about $50 worth of cheese in the store let alone at a bistro! Anyways – back to the field notes…

By far this was the most refreshing aspect of Paris as there didn’t seem to be one dominant look or set of trends ruling the landscape.  Furthermore there didn’t seem to be a generation that had the lead in terms of being the most fashionable either as everyone seems to bring a little ‘je ne sais quoi’ to the table – be it the elderly, middle aged, twenty-somethings or even kids…heck especially the kids.  This is a big contrast to the Vancouver scene; as a relative fashion outsider I think we very much get pulled into the trend game which leads to a very narrow range of looks on hand at any given time.  The result is level of sameness that is frankly boring and is perhaps part of the reason why we don’t seem to care in the same way.  Just a theory on the state of malaise that afflicts the Vancouver scene; it can’t only be due to the rain as Paris seems to get its fair share as well. 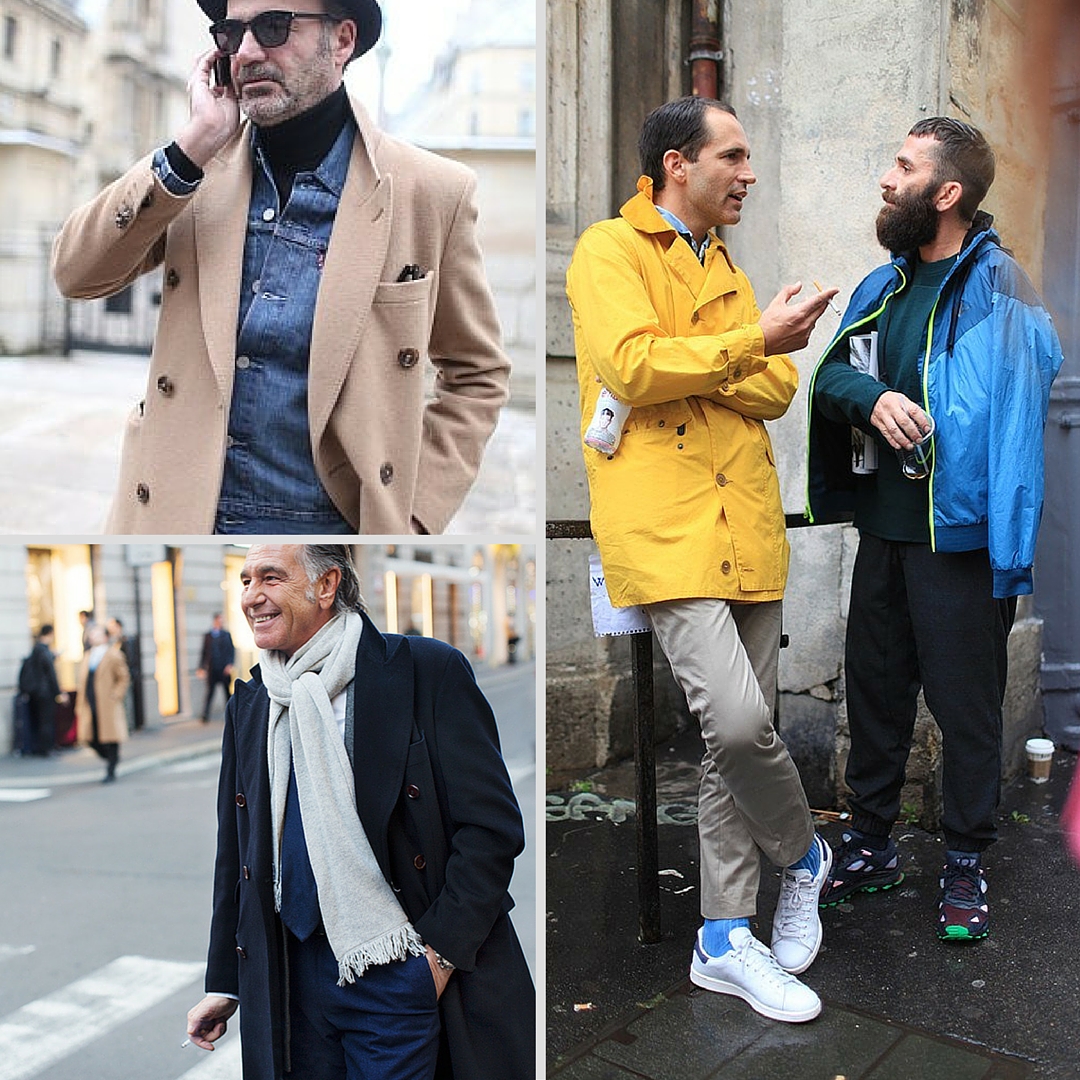 I’ve spoken about the high-low many times; for those of you who the term is new it is essentially when you pair elements of casual wear with more formal pieces. The most common way of doing so is via sneakers – and man do the Parisians love their sneakers.  It makes total sense though as it’s such a walking city.  The average Parisian either walks or does a combination of taking the metro and then walking.  Either way you spend a lot of time on your feet and the result is sneakers are favored over more formal footwear in terms of the street scene.  This blend of formal and casual is then extended into every realm – the cafe, the restaurant, the gallery, the classroom – and as such the visual interest in how people mix and match is greatly increased. 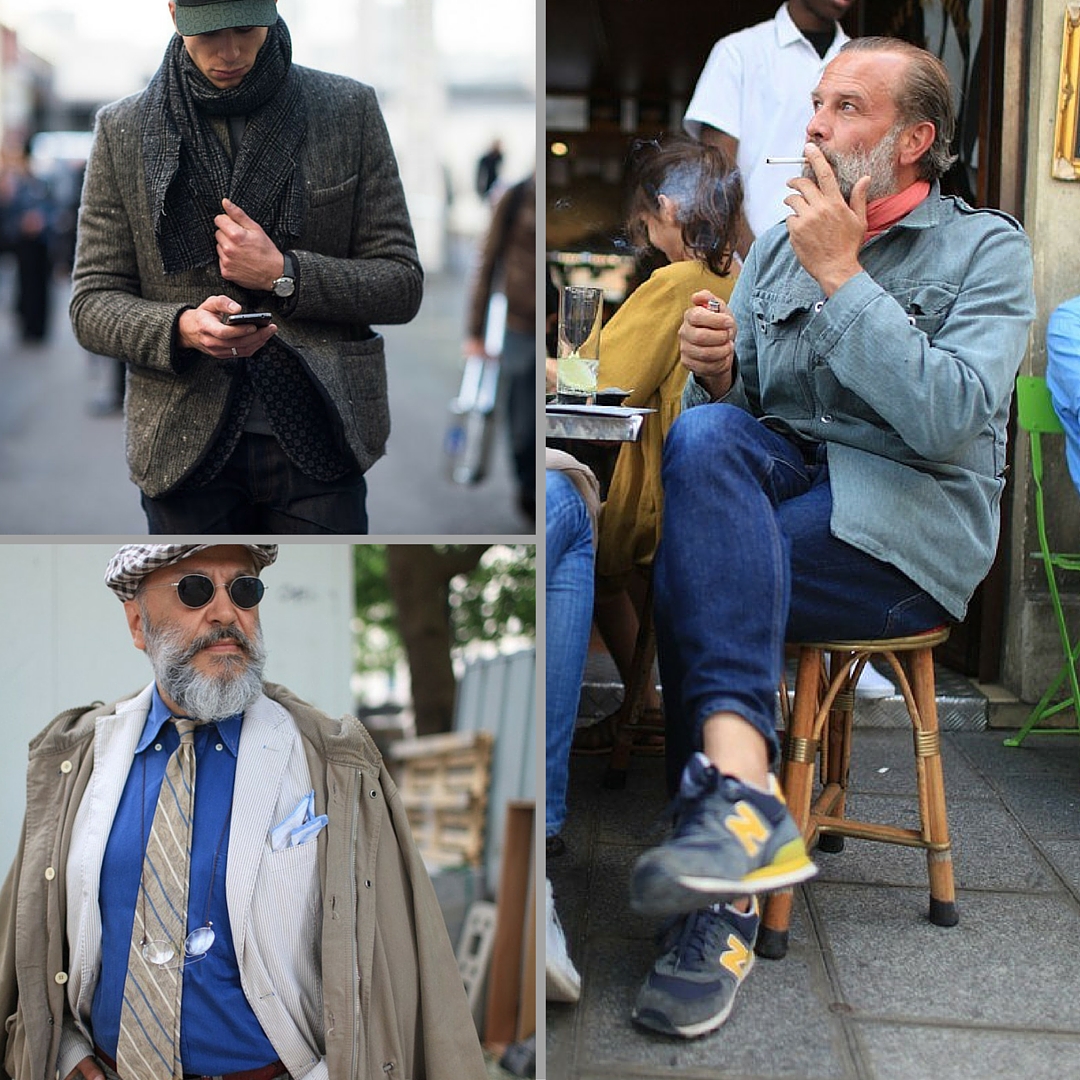 This was a massive breakthrough for me as up until this trip I was only focused on thicker scarves.  This made sense when I lived in Toronto and it was minus 25 outside.  It doesn’t however in the more mild climate of Vancouver and it is for that reason that I never brought my scarf out last year.  Enter the lighter scarf – cut a little longer and wider it allows you to wrap it in many different ways.  It’s thin enough to double or triple wrap when you need warmth; or you loosely tie it in a visually interesting way when it is slightly milder.  The result is a way more versatile scarf that can be used in a range of conditions.  As for the Parisians; everyone is wearing them.  Plain, textured, colorful, patterned – everything is fair game. 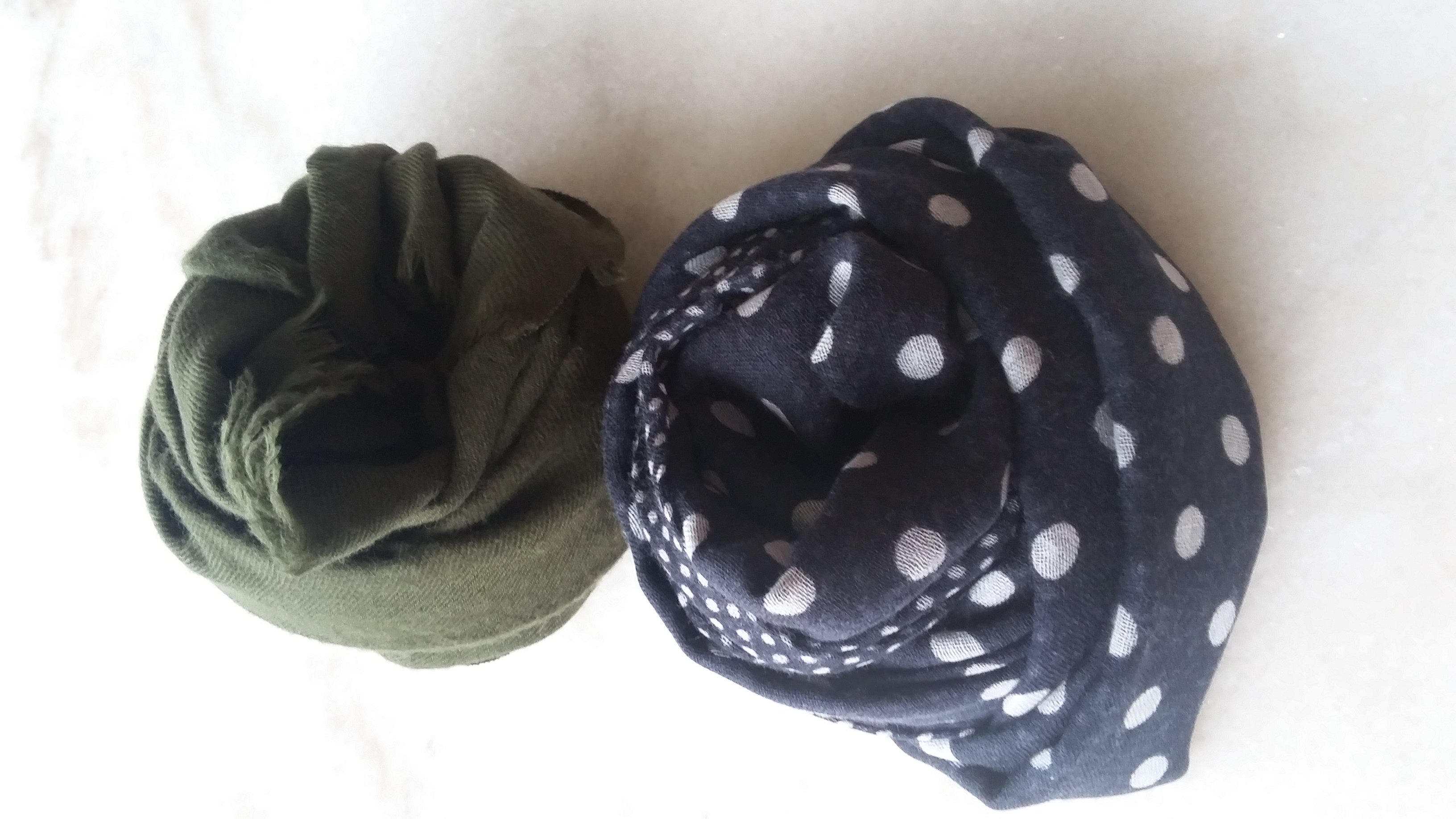 As a side note – Vancouver unquestionably struggles with options for men’s scarves.  I’m in the process of trying to fix that problem so if you’re interested do stay tuned in.

This was my topic in the latest Friday Style Debate but it needs repeating.  Not only are they everywhere in Paris but they are everywhere with reason.  That reason being they are incredibly versatile; no coat I know is as successfully worn in as many scenario’s as the overcoat – from being paired with formal clothing to dressed casual to fully casual to being even blended with sportswear.  The more casual the usage it simply becomes like the sneaker in the high-low; only instead of reducing the formality of the outfit it is increasing it in exactly the same way.  In this way it becomes the opposite and the look is known as the low-high. 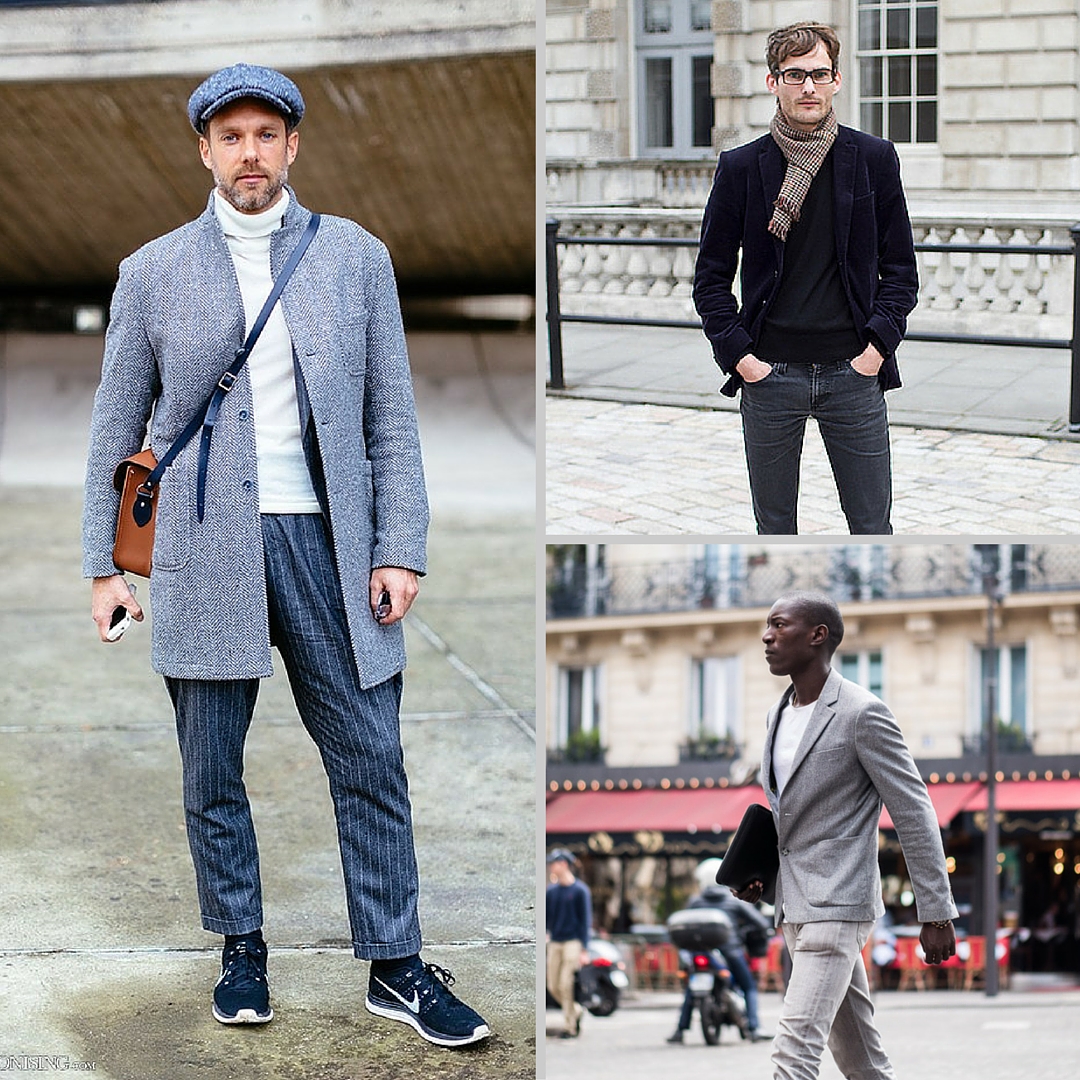 5.  They think about it a little more.

We hear this about Europeans in general but the Parisians really do take it up a notch.  The act of dressing seems to play a role in the average person’s life in a way that it simply does not in North America.  The key here is that it has nothing to do with being fancy or on trend – what I’m talking about is an innate style.  It’s in the way they wear a suit all the way down to how they dress to go play footy in the park with mates; at every level there is a touch more care and thoughtfulness regardless of how they feel about fashion.  The end result being your average Parisian Joe looks as good as our most fashionable and stylish.

Why this is the case I have no idea but it’s a very interesting question to ponder.  How is it that people who are obviously not “fashion” people end up having a look of their own – achieving that critical ‘je ne sais quoi’ we always talk about?  Is it somehow related to buying quality or quantity – a potential positive spin-off of living in smaller physical spaces on average?   Perhaps it’s because they live outside in the public sphere in a way we do not (another spin-off of smaller living spaces); the result being everyday you’re forced to walk by people-watchers on the terrasse and everyday life suddenly turns into a quasi fashion show regardless of whether you’re picking your kid up from school or grabbing some groceries?  All kidding aside somehow the average person seems to look very well put together- impressive indeed and why the allure of Paris will never go away for many of us.

As always please don’t hesitate to get in touch if you have any comments – especially you social geographers out there who might be able to give us some answers!  Better yet book a free appointment and we can banter in person and see if we might be a good fit to work together.