We’re back after a long hiatus – time to debate! 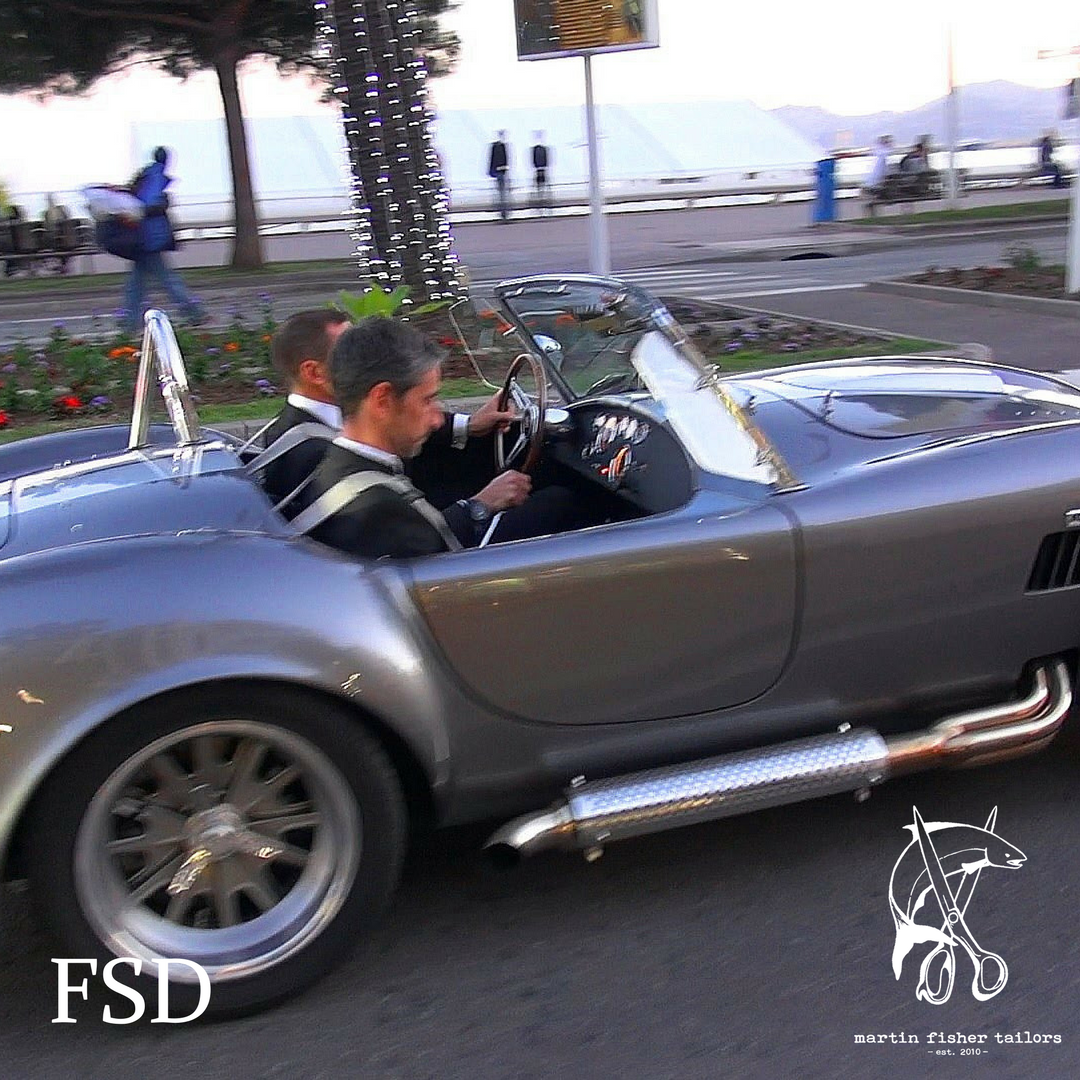 Yesterday I saw two guys in a beautiful convertible sports car – both were in jackets and it got me thinking as to the appropriateness of wearing a jacket when driving.  Both guys looked great – overall they had a similar vibe to the two guys above (apologies for the grainy shot but it’s just too good an image to pass up).

I’ll get the ball rolling on this one – my answer is no despite how good it can look.  The bottom line is that it’s bad for the jacket as it inevitably leads to creasing in the back skirt of the jacket – something that never looks good when you emerge from the car as it undoes the stunning effect that it had when you were in the car!  Secondly you have to wear a seat belt which is simply uncomfortable with a jacket that is naturally pushing upwards as the wearer is bent at the waist giving the skirt of the coat nowhere to go.  The double over-the-shoulder straps seen above fixes that problem to a degree but I don’t suppose many of you out there have that option.

That my take – what do you think?  Let the debate begin…