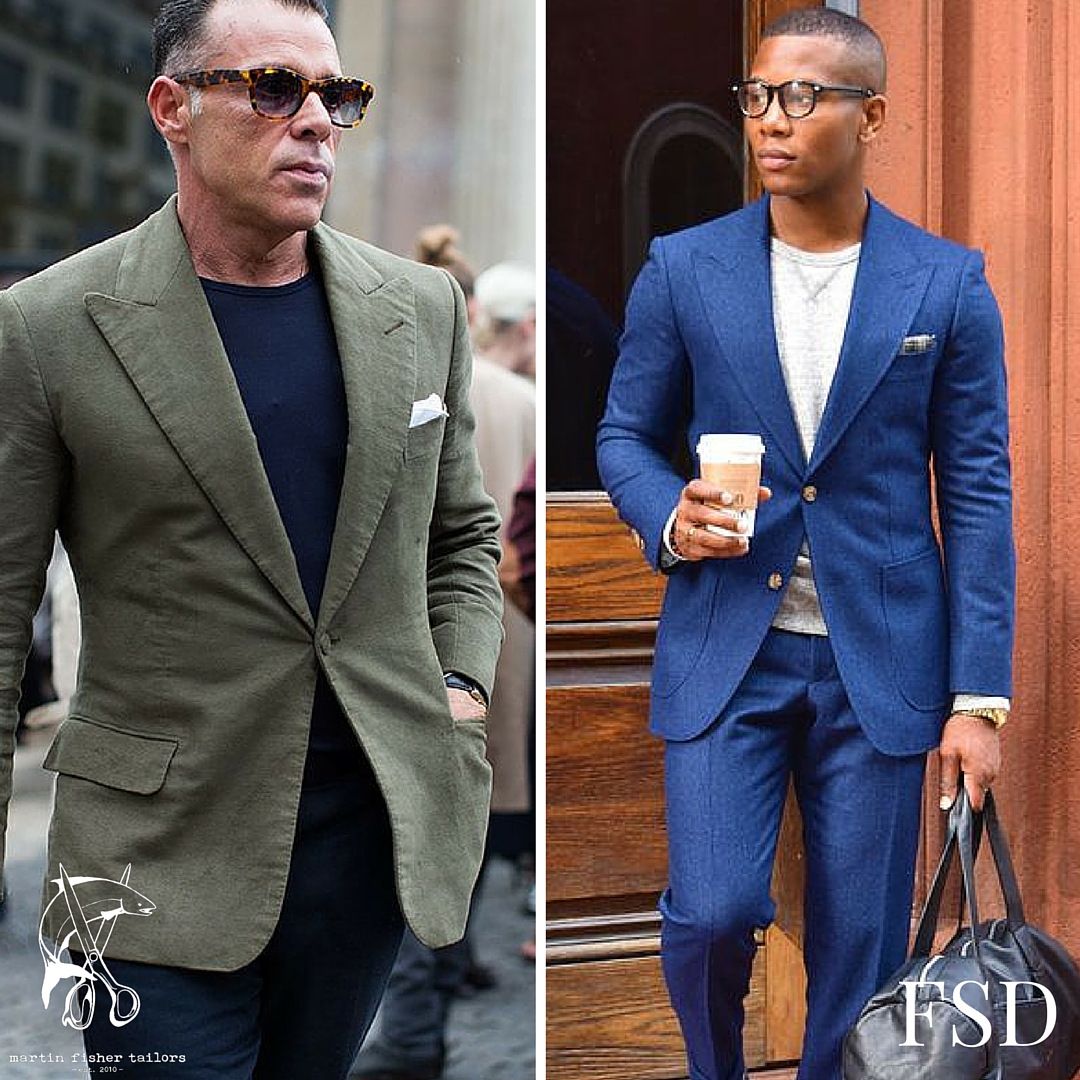 Friday Style Debate: can a t-shirt pair with a suit?

Yesterday Fashionbeans did an article on the 8 Style Rules it’s OK to break – one of which of course was pairing a t-shirt with a suit.  I’ll get the debate rolling by saying I completely disagree. As I’ve discussed many times in this journal the dressing down of a suit is a great option – the high low effect of pairing it with trainers or a more casual style of collared shirt are just two examples.  The t-shirt (or sweat-top) however is a step too far; subtly dressing something down is not the same as pairing polar opposites.  To my eye the fellow on the right just looks confused – not formal or casual enough for any situation.  It literally looks like he’s off to the gym and didn’t want the hassle of carrying a suit bag.  It’s just not working – square peg in a round hole.

On the left however is a completely different scenario.  There are two keys to the why; first being this is an “odd suit” as opposed to a full suit.  For more on the odd suit read up here; simply put though it’s lower on the formality scale than a full suit thus you’re able to go further down the casual scale in terms of choosing what you want to pair with it.  The second key is simply that this guy has the “je ne sais quoi” that is necessary to pull this look off.  Unfortunately this is an ingredient that the vast majority of us lack – I sure know I don’t have it at my disposal.  As such tread very carefully.

What do you think?  Might I be overreacting – perhaps a touch stuffy and traditional?  Am I dead on?  Let the debate begin…