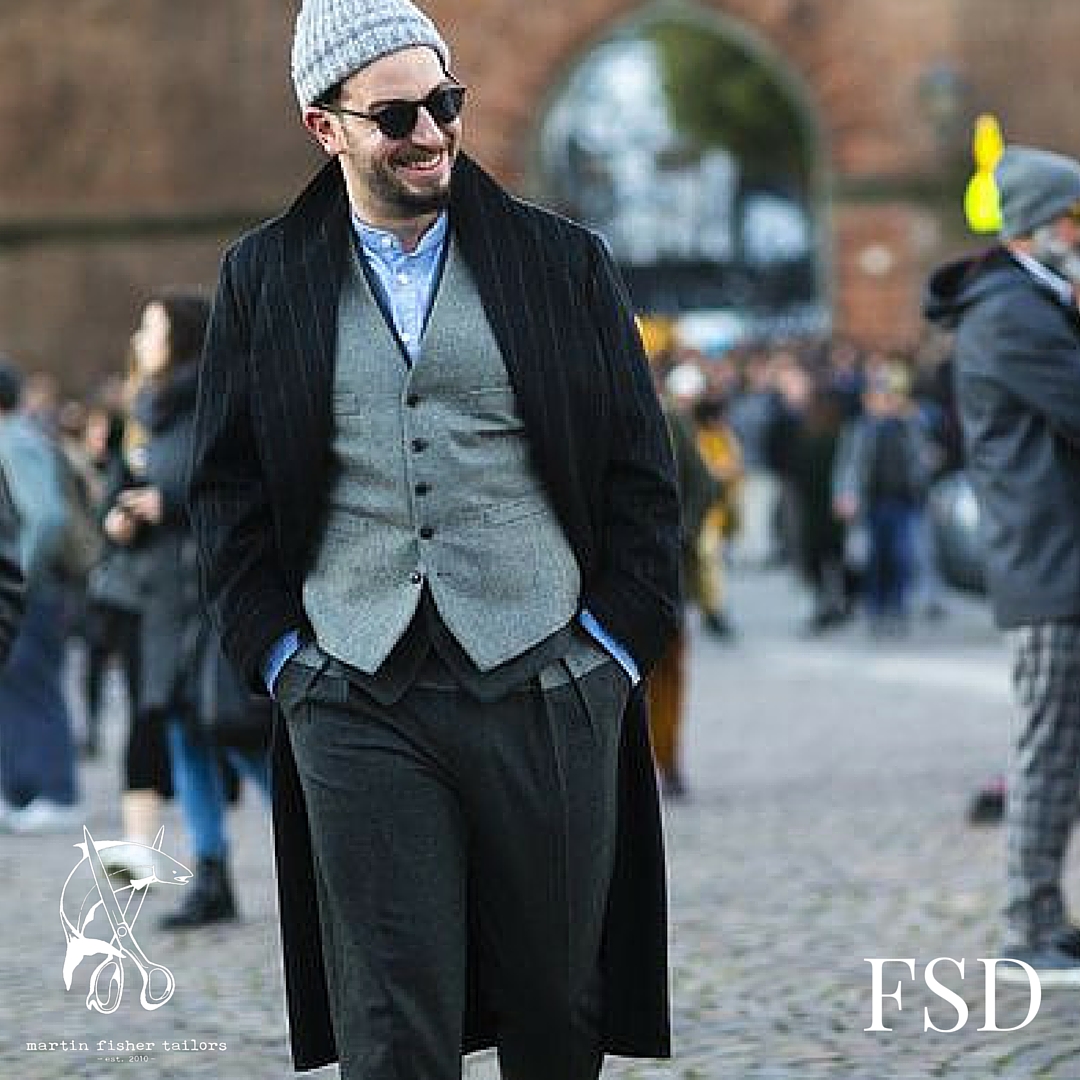 Friday Style Debate: Is the double vest an emerging trend?

For those of you who were unaware the peacock festival that is otherwise known as the menswear trade-show Pitti Uomo finished up last week.  As per normal it had the standard does of styles that were totally on point along with an equal mixture of interesting possibilities vying to become trends and those that we hope just go away (more on that next week).

Which brings us back to this debate – does the double vest layering we see in the image above have a chance at emerging as new trend?  In this case we’re looking at Bloomingdale’s Men’s Fashion Director Josh Peskowitz – is the layering creating something that is visually interesting and grabbing you?  Perhaps it’s a case where it only works with this specific outfit?  I say that because you’ll notice the two complimentary shades of grey in his trousers.  Of course it could also just be a case of a fashion guy trying to set himself apart at a trade-show filled with other fashion-heads – the question is what do you think?